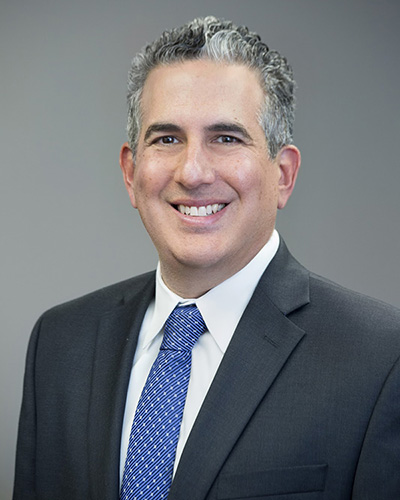 Biography:
After earning a Bachelor of Business Administration in Finance in 1989 from the George Washington University, Mr. Goldberg received his law degree from Seton Hall University Law School. He passed the bar in 1992, and by 1996 he formed his own firm. Mr. Goldberg specializes in civil litigation including workers’ compensation, real estate both commercial and residential, commercial litigation, collection, and general corporate representation. He has successfully represented individuals over 19 years.

Prior to founding Goldberg & Wolf, Jordan had his own firm, the Law Office of Jordan B. Goldberg, LLC, in Voorhees, New Jersey and was previously an Associate with Elkind, Cohen, & Dimento, P.C. He was responsible for all aspects of commercial and civil litigation. He also served as an Intern for both Honorable Daniel J. Moore and Honorable Novalyn L. Winfield of the United States Bankruptcy Court, District of New Jersey. Mr. Goldberg also is active in real estate development in Southern New Jersey